As the premier Children’s Soccer Experience, our mission is clear – at Soccer Shots Berks County, we aim to positively impact children’s lives. 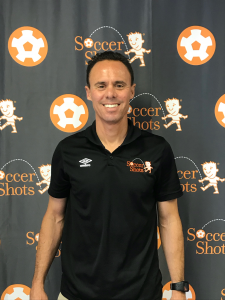 The leader of the Southeastern PA program is Cesidio Colasante. CC played collegiately at LaSalle University, earning All-American honors his senior year. After graduating CC went on to play pro soccer with the Philadelphia Kixx for 4 years. He also has extensive coaching experience with kids and was the director of the Hockessin Soccer Club in Western Delaware for 3 years. 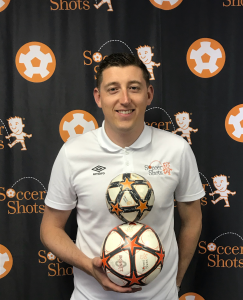 James Gush of Southend, England, brings a wealth of knowledge and experience to the Program Director position. As the Director for both Delaware and Montgomery County, PA James is involved in various capacities of the business. James leads the sales marketing of Soccer Shots throughout both counties, as well as coaching and managing various Soccer Shots school-based locations.

James has previously worked as an area manager of Marketing and Promotions Soccer company and a Director of a soccer and sports-based organization. James has worked with an array of age groups from 18-months to 18-years and has worked closely with youth soccer players from clubs on the east coast. James also oversaw the development of a soccer club as the Director of Coaching. James is also the former Varsity Boys Head Coach at a Private High School In Philadelphia.

James has worked within the soccer industry for a number of years obtaining licenses by the English FA and NSCAA. 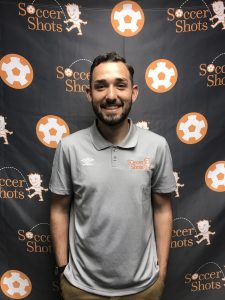 Rock is a recent graduate from Swarthmore College with degrees in Political Science and Education. While in college, he coached in Chester PA for Soccer for Success and Chester City United. He is a Coca-Cola National Scholar and Swarthmore Phillip Evan’s Scholar! Coach Rock enjoys traveling in his free time and has even lived in Brazil! In addition to coaching, Rock is a Director who leads our Recruitment & Education group, he recruits our coaches and helps train them. He also will be helping with administrative duties, including scheduling, setting up future seasons, and much more! Kelly is a recent graduate from West Chester University with a degree in marketing. While in college, she worked at a gym daycare and volunteered with multiple non-profits. Coach Kelly enjoys spending time with her family and friends down the shore in her free time. In addition to coaching, Kelly is our operations coordinator. She leads all Southeast PA operations as well as digital, promotional, and partnership marketing. 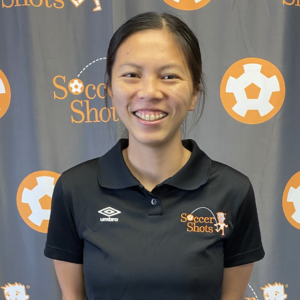 Marina brings enthusiasm for empowering others and data organization to the Program Coordinator position. She grew up playing soccer for Greater Chester Valley and Rose Tree Media. Marina fell in love with coaching youth soccer by the time she graduated high school. She has a degree in Economics and Environmental Studies from Dickinson College. Marina enjoys teaching fundamental soccer skills and bringing out the best in young players. She hopes to develop the Coaching Department and help grow the positive impact that the program has in the community. She will also be assisting the team with ongoing program administration. 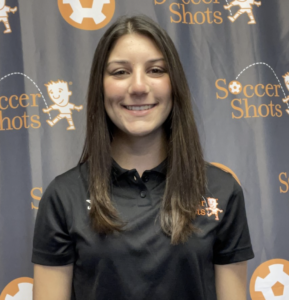 Jules Oswald graduated from Arcadia University in 2021 where she majored in Biology and played for the varsity women’s soccer team. She began coaching with us part-time in the fall of 2020 and is now working as full-time as a Coordinator. Jules will work alongside our Operations and Coaching Teams to ensure there is a strong link between the two departments improving customer service and on-field coaching quality for our participants, parents, and partners.  Having grown up playing soccer, Jules is excited to be a part of an organization where she can continue to apply her passion. 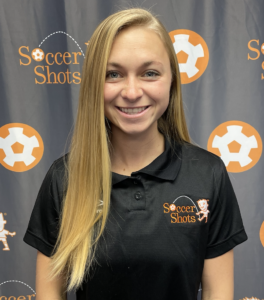 Missy Moore joined our Leadership Team as a Program Coordinator in the spring of 2021! Missy recently graduated from Duquesne University, where she earned degrees in Sports Information and Media & Communications, in addition to playing on the Varsity Women’s Soccer Team. She also played soccer for West-Mont United, FC Delco, Penn Fusion, & ODP for Eastern PA. Missy will be assisting our team with the overall coordination, management, & execution of seasons.