Partnership enables CASA to utilize Soccer Shots’ nationally-recognized and curriculum-based intro to soccer program for families within their territories.

Harrisburg, Pa. (June 25, 2018) – Soccer Shots Harrisburg & York and Capital Area Soccer Association (CASA) announced this week a partnership that establishes Soccer Shots as the official two to five-year-old soccer program for the Greater Harrisburg area including Lower Paxton, Susquehanna, West Hanover, and other surrounding townships. The partnership enables CASA to utilize Soccer Shots’ nationally-recognized and curriculum-based intro to soccer program for families within their territories, with a participant pipeline for CASA programs once children age out of training with Soccer Shots.

“We are thrilled to partner with an outstanding organization like CASA, and to bring our exceptional character development and soccer training to more boys and girls in the Greater Harrisburg area,” said the co-founder of Soccer Shots and owner of the Harrisburg & York franchise, Jason Webb. “In a time when youth soccer programming can be increasingly fragmented and territorial, we are excited to collaborate with CASA to demonstrate both trust in each other and our mutual desire to positively impact children, families, and the community.

“We are proud to launch this new partnership.”

Soccer Shots programming will begin with CASA starting on Thursday afternoons in September at George Park in Lower Paxton Township, and they will run for eight weeks. Initial offerings will be available for Minis (age 2) at 4:30 p.m., and Classics at both 5:15 p.m. (ages 3-4) and 6:00 p.m. (ages 4-5). Enroll online at Harrisburg.ssreg.org.

“Both Soccer Shots and CASA care first about providing a fun and positive experience to children and their families, and we’re excited to combine our passions to achieve this together,” said Soccer Shots Harrisburg & York Executive Director, Steve King. “Our programs are led by qualified coaches that meet our high standards for influencing children, and our curriculum is designed by childhood education experts. We know children within the CASA territories will benefit from our programs, and we know they’ll continue to do so when moving into CASA’s own programs. This entire partnership is a perfect match.”

The collaboration between Soccer Shots and CASA is a result of a larger partnership established between Soccer Shots and US Youth Soccer in December of last year. That agreement paved the way for Soccer Shots franchises and local US Youth Soccer clubs to form alliances to share resources and create a path for boys and girls to be introduced to the world’s most popular sport, build character, and prepare for future training—all in ways that are developmentally age-appropriate.

“Soccer Shots continues to be one of the fastest-growing and respected franchisors not only in youth soccer, but also in all categories of youth fitness and recreation,” added King. “As the national leader in child development soccer programs, we are inspired to build our positive influence within local communities, and we’re thrilled to now do this alongside CASA.”

Located within the Harrisburg region, Soccer Shots Harrisburg & York provides children ages two through eight with a developmentally appropriate soccer and character development experience under the guidance of childhood education specialists, professional soccer players, and experienced and licensed soccer coaches. The curriculum-based program is offered through 119 franchises operating in 200 territories across nearly 36 states and Canada. Soccer Shots Harrisburg & York is one of the first franchises in the system and operates out of the brand-new Soccer Shots Complex at 1020 S. Eisenhower Boulevard in Middletown, Pa. For more information or to find a program near you, visit www.soccershots.org/harrisburg.

CASA was formed in October 1996 to serve soccer players and the families across Greater Harrisburg. It is affiliated with the Central Pennsylvania Youth Soccer League (CPYSL) and has organized recreational, travel, and premier level programs for boys and girls in the Spring and Fall outdoor seasons, and also during the Winter indoor season. The Association was formed and is led, by the parents of youth soccer players. For more information, visit www.casasoccer.org. 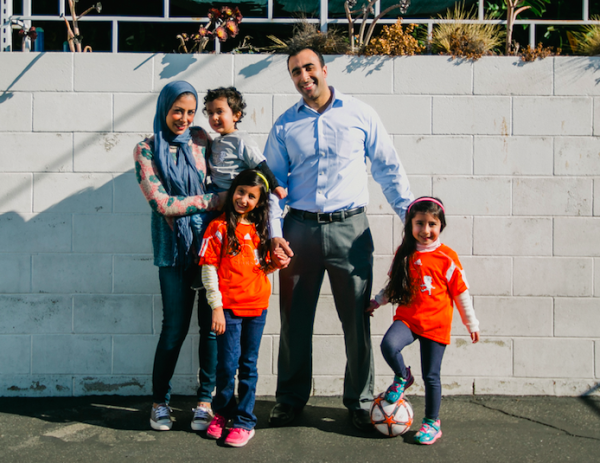 Our Soccer Shots families are a constant reminder of the opportunity we have to leave a lasting impact on those we serve nationwide. Meet the Khatri Family and hear their Soccer Shots story.