Connor grew up in central Kentucky and has played soccer for most of his life. His love for the game started at a young age playing in recreational leagues and continued to grow through years of playing and coaching at many levels. Connor and his wife Linsey moved to Knoxville with their daughter in the Spring of 2021. He believes that the right coach can make an impact that changes a generation. He is excited to bring his passion and experience along with the excellence of Soccer Shots, to the children of Knoxville. Favorite Food: Pineapple Birthplace: Lexington, KY Favorite Ice-cream: Vanilla Passions: Sports, Hiking, Family & Friends 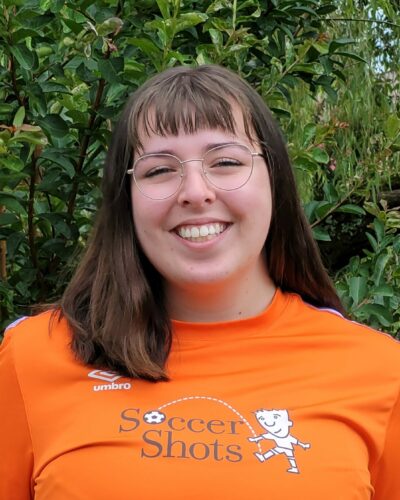 Coach Tyler was born in Baton Rouge, Louisiana, but has lived in East Tennessee most of her life. She played soccer for 13 years before accepting an academic scholarship to college and letting soccer go to pursue her education. Since completing her degree in theatre in December of 2020, she has returned to one of her lifelong loves: the game of soccer. She knows the way this game can impact young lives for the better and is determined to help foster growth and development in the lives of the children she works with. Favorite Ice Cream Flavor: Strawberry. Favorite Food: Angel Food Cake. Passions: Art, Nature, Family, Soccer, and her sweet cat, Roux. 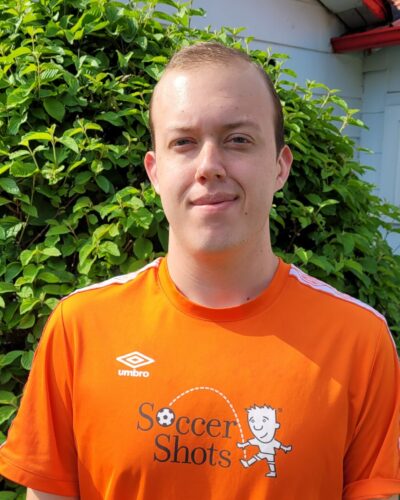 Coach Landry was born in Saratoga, NY, but grew up outside of Atlanta, GA. He originally moved to Knoxville for school, but has since decided to make it his permanent home. He grew up playing sports his entire life, and continues to compete with his friends. He believes that coaching can make a difference, and contributes a large portion of who he is to the coaches and role models he had growing up. He is passionate about impacting kids’ lives, and is excited to participate on Soccer Island. Favorite Food: Cheesecake. Favorite Ice-Cream: Rocky Road. Passions: Sports, Video Games, and spending time with friends.