HARRISBURG, Pa. (March 26, 2018) – Soccer Shots, a franchise company that provides an engaging children’s soccer program with a focus on character development, today announced that it will unveil its new 16,000 square foot headquarters on Thursday, April 5. 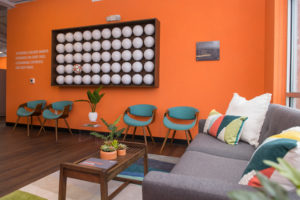 The new professional space will be shared with Soccer Shots Harrisburg/York, the locally-owned Soccer Shots franchise, who will provide its children’s soccer programming onsite. 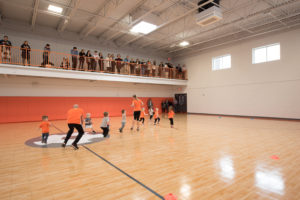 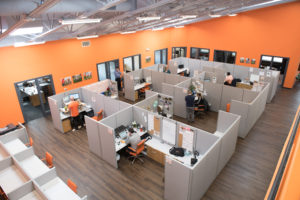 “Our team is thrilled to unveil our new support center. We’re grateful to have reached a level that allows us to invest in our team, our franchise system and the local community through this facility. Soccer Shots has been, and always will be, about growth and positive impact,” commented Justin Bredeman, CEO of Soccer Shots Franchising. “Our new space will further facilitate such growth, support and learning among our team, our franchise partners, and the children we serve.”

The Soccer Shots concept was created in 1998 by Jeremy Sorzano and Jason Webb, who following their professional careers, noticed that programming for children under eight was either non-existent or not developmentally appropriate for younger children. So they created a program that focused on building skills, character and sportsmanship in a positive and engaging way. From there, they developed a proprietary curriculum with input from experts that would serve as the foundation of the Soccer Shots program. 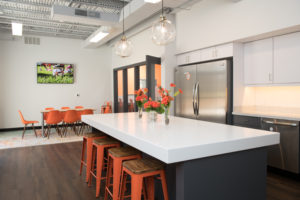 They launched programs in their respective cities, Charlotte, N.C., and Harrisburg, P.A., and in 2005, they began franchising Soccer Shots. In 2009, Soccer Shots was recognized by Entrepreneur magazine as an up-and-coming franchise concept, leading to a year of substantial growth, which included the addition of more than 25 new franchises.

Today, the company has grown to include 116 franchise owners and programs in 196 territories, 36 states and Canada, and was recently named the official two to five-year-old program of the United States Youth Soccer Association – the largest youth sports organization in the country with over 6,000 local clubs. 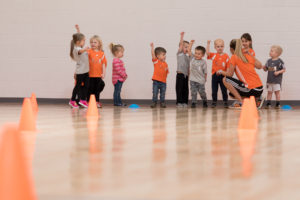 Soccer Shots also has programs running in 6,000 childcare centers and aims to serve one million children each year.

Soccer Shots, located just outside Harrisburg, Pa., is an international franchise program that provides children ages two through eight with a developmentally appropriate soccer and character development experience under the guidance of childhood education specialists, professional soccer players and experienced and licensed soccer coaches. The curriculum-based program is offered through 116 franchises operating in more than 190 territories across nearly 40 states and Canada. Soccer Shots was founded by two professional soccer players who identified a need for quality and engaging soccer programs to children under age eight and was recently named the official two to five-year-old program of the United States Youth Soccer Association. For more information or to find a program near you, visit www.soccershots.org. For more information on franchising with Soccer Shots, visit www.soccershotsfranchising.com. 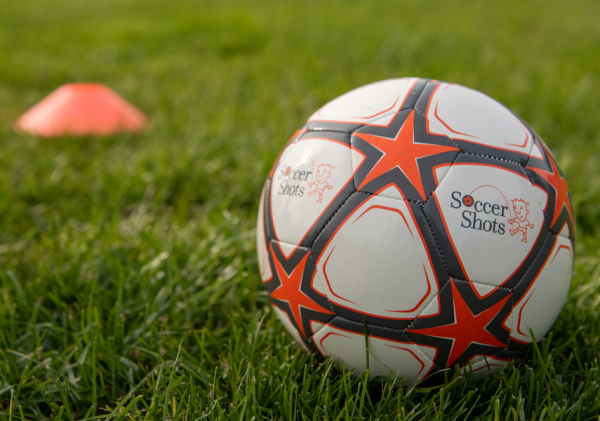 Soccer Shots is offered in over 200 regions across the United States and Canada. Find a location near you and enroll today!