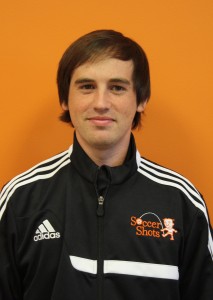 Zachary P. Hamilton, Owner & Director of Development
Coach Zach graduated from Belhaven University in Jackson, MS. He has a long history with sports. While growing up, his dad was a gym teacher at a private school in Florida. He spent every summer and every day after school in the gym or on the field playing. This leads him to have a healthy active lifestyle as an adult. He believes that having a positive first impression with sports can make a huge difference in a child’s life. Zach’s mission is to provide that for every child in Soccer Shots New Orleans. 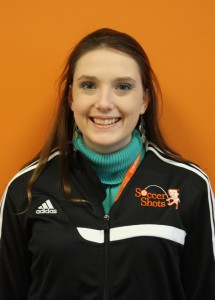 Dixie Lee Hamilton, Owner
Coach Dixie has been involved with Soccer Shots since my undergraduate days at Belhaven University. Working with young children is always a pleasure, but her favorite part is getting the chance to impact their lives positively. She played soccer growing up and enjoys coaching the children and helping develop their skills and character as young people. 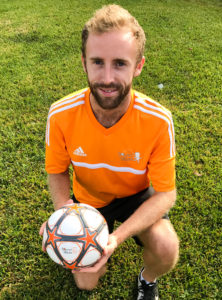 Joe Kennedy, Director of Operations
Joe is a Scottish native, who learned to play soccer (aka football in Scotland!) at the same time he learned to walk. He believes that learning soccer can be a valuable pathway in teaching children the importance of teamwork and making healthy life choices. Joe continues to play in 2 soccer teams in the New Orleans area and still enjoys to this day the benefits of the game learned long ago. It is his goal with Soccer Shots to pass those lifelong benefits on to the next generation. Joe graduated university in Scotland and moved to the New Orleans area 2 years ago to be by his son who is 4 years old. Joe is delighted to see the positive impact that soccer is having on his son’s life and the wider community. Coach Joe has his United States Soccer Coach F License. 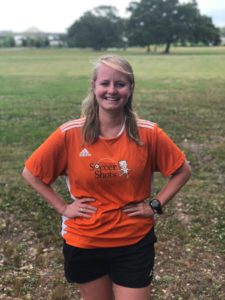 Sarah Jane Lowery,  Operations Coordinator
Born and raised in Jackson, MS, Coach Sarah started playing soccer at a young age. Though it might have been because the local soccer complex was down the street from where she lived, Sarah Jane and her siblings lived the soccer lifestyle of Saturday games for many years. When she stopped soccer for other less athletic efforts in middle school, the lessons of confidence, cooperation, and responsibility stuck with her. While in college at Ole Miss, Sarah Jane was the site manager for a tutoring program for 1st and 2nd graders. This community involvement sparked a passion for enrichment programs for children.  After graduating with degrees in English and Psychology, Sarah Jane turned her efforts towards marketing and business development at Jackson Academy. However, a move to New Orleans in 2014 allowed SJ to return to working with children. After a summer working for Holy Cross’s Summer Camp, she once again moved back into the business sector. With two years of business experience under her belt, Sarah Jane has finally returned back to her passionate roots of working with children. She is excited to teach the same lessons that she learned years ago playing soccer to kids every day! She knows the deep impact that youth sports can have on a child’s life and can’t wait to share her passion with the New Orleans community! 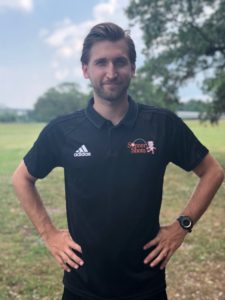 Coach Brandon is a New Orleans native with a rich history in both soccer and education. He began playing soccer at age 9 and was selected in high school as the Player of the Year for his district (2008) while attending St. Martin’s Episcopal High School. Coach Brandon went on to play two years of college soccer at Millsaps College where he graduated with a B.A. in Philosophy. Since graduating Brandon has gone on to live in Mexico where he started an economic development program aimed at raising the income of rural seamstresses, has worked in mobile technology and in New Orleans’ service industry. Brandon loves to use his experience from the multiples industries in which he has worked to help youth get more active, more confident and score more goals. 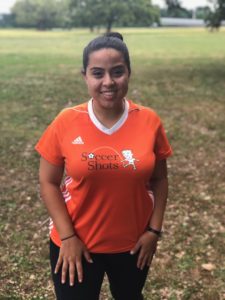 Coach Hazel was born here in New Orleans, Louisiana but was raised in Miami, Florida. She is a proud first-generation American with Cuban and Nicaraguan roots. Hazel is one of Soccer Shots NOLA’s two Operations Coordinators and loves making things run smoothly. She developed her logistical skills as the manager of a Miami logistics company and her love of children working at her hometown VBS. She was a member of the Young Leadership Council and got her introduction into sports programming through starting Parish Kick, a St. Bernard Kickball League. Coach Hazel participates in community events, from Jazz Fest to 504ward. She has two bull terriers, Jacques-Imo and Enzo, whom she loves very much.  She can’t wait to get on the field and make a positive impact in your family and child’s life. 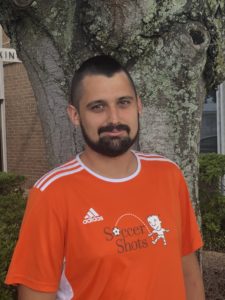 Coach Kevin majored in Movement & Sports Studies at Springfield College with a minor in Athletic Coaching. Growing up in West Hartford, CT, he played football through high school. Kevin first came to New Orleans on multiple rebuild trips after Hurricane Katrina. It was during this time that he decided to move her permanently. Before joining the Soccer Shots team, he was a Sports & Games Director for an overnight summer camp, a Program Coordinator for a national non-profit, and a Camp Director for a day camp. Kevin spends his free time playing a variety of sports as well as creating and listening to music.