As the premier Children’s Soccer Experience, our mission is clear – at Soccer Shots Portland, we aim to positively impact children’s lives. 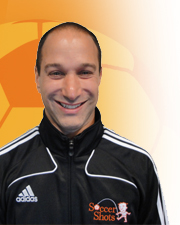 Joel Newman, Executive Director (he/him)
Joel believes that children learn best when they love what they’re doing. That’s why he believes in the fun, non-competitive curriculum of Soccer Shots, which goes beyond the game by incorporating character building lessons each week.

Joel started Soccer Shots Portland in 2010 because he wanted to devote himself to community building. Joel’s background includes

a BA in Religious Studies, a Masters in Business, 9 years of consulting, 2 years of running a restaurant, and 9 summers being a camp counselor. While Joel has had a variety of different experiences, one thing has always been a constant: soccer. When he decided to turn to community building, soccer was the perfect platform. 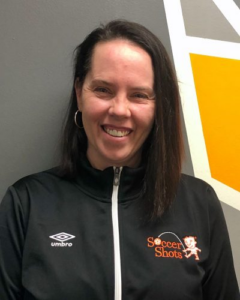 CaSaundra is passionate about all youth sports, whether it is coaching or helping organizations that support them. She has spent years volunteering as a youth baseball & softball coach and has loved learning more about the game of soccer since joining the Soccer Shots team. CaSaundra would love to connect with anyone that is curious about our program or has a similar passion for youth and coaching.

FUN FACTS: CaSaundra has jumped out of a perfectly fine plane, AKA she went skydiving! When she wasn’t playing softball growing up, she spent her weekends at a race car track (her dad was a driver) or on a sailboat.

FAVORITE QUOTE: “Change is the law of life. And those who only look to the past or present are certain to miss the future.” – John F Kennedy

FAVORITE JOKE: “What is a pirate’s favorite letter? Rrrrrrrrr!” 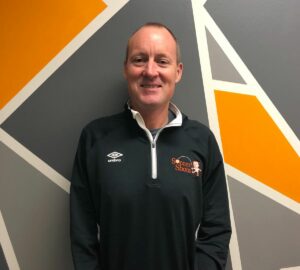 Ian loves movies, traveling, and anything that involves being outside and connecting with the environment. An avid runner, Ian has competed in 98 marathons!

CREDENTIALS: Bachelor of Arts in Economics

FUN FACTS: Ian has been a vegetarian for 30 years!

FAVORITE QUOTE: “Life is like a box of chocolates.” -Forrest Gump

FAVORITE JOKE: “What did one eye say to the other eye? Between us, something smells!” 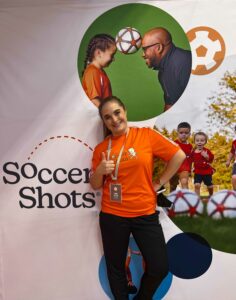 SEASONS WITH SS: 7 seasons at PDX

FAVORITE JOKE: What is it called when a dinosaur gets a goal? A dino-score 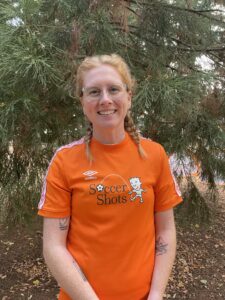 SEASONS WITH SS: 3 seasons at PDX

FAVORITE JOKE: What is a dog’s favorite kind of pizza? A pupperoni pizza! 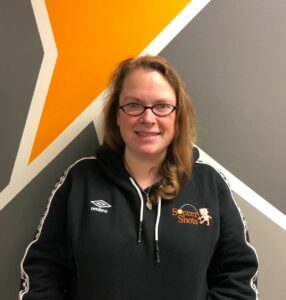 SEASONS WITH SS: 9 seasons at PDX

Where to Play Soccer Shots

Daycare/Preschool/After School Soccer Programs:
These classes happen on site at preschools, daycares, and elementary schools. To attend these classes, your child must be a student of that school. Don’t see your child’s school but would like to have Soccer Shots offered at their school? Let us know by emailing [email protected].  Click here to register for Soccer Shots now!

Park & Community Soccer Classes:
Our park classes happen at parks and community centers all over Portland Metro and Vancouver, Washington. These classes are open to anyone.