As the premier Children’s Soccer Experience, our mission is clear – at Soccer Shots Raleigh-Durham, we aim to positively impact children’s lives. 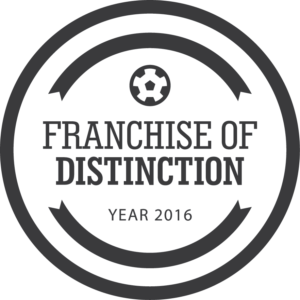 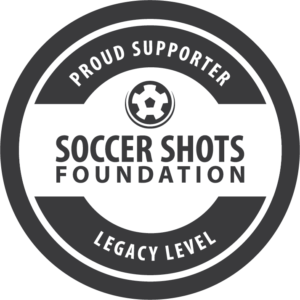 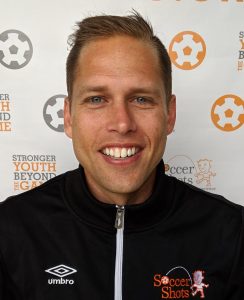 Trey has always loved soccer and has been involved in the game since he was 4. After high school, Trey played for Western Kentucky University, where he was voted all-conference and team MVP his senior year. After graduating, Trey began his professional soccer career playing for multiple teams including the Richmond Kickers and the Wilmington Hammerheads. Trey is also a Registered Nurse with additional degrees in psychology and history. Trey is looking forward to encouraging and helping children grow to be successful and passionate individuals through Soccer Shots and the game of soccer. 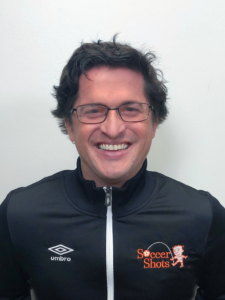 Chris has been playing soccer almost as long as he’s been walking! He has competed in soccer tournaments all over the world, and has managed to score goals in four different countries. After an injury during his freshman year at NC State ended his playing career, Chris turned to coaching to continue his love for the game. He has been a youth soccer coach for over 8 years, spending time as a regional director and program coordinator for North Carolina FC Youth, prior to coming to Soccer Shots. Chris loves the opportunity to spend his time on Soccer Island, sharing his passion for soccer with all of his Friends! 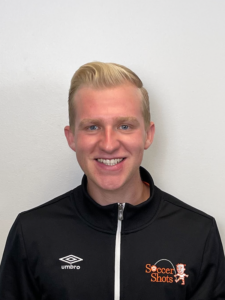 Coach Matthew was born and raised in Troutman, NC. He started playing soccer at the age of 5 and played intramural soccer at NCSU. Coach Matthew graduated from NC State (The Best College) with a Bachelor of Science in Sport Management and a minor in Coaching Education. In his spare time, he hangs out with his fiancé, Lucy and his best paw friend Cash. 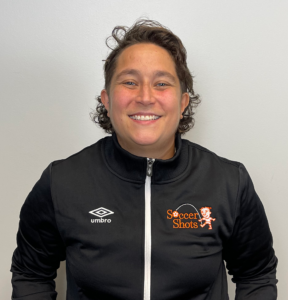 Coach Maryam (Coach M) was born in central NC, but did most of her growing up in the mid-west. A proud graduate of Gustavus Adolphus College in southern Minnesota, moving back to NC has been a great choice for her weather-wise. She has played sports all of her life from soccer to hockey to softball. She loves playing board games with friends, watching sports, and hanging out with her dog.

Coach Melissa was raised in Charlotte, NC and grew up playing soccer. She has always loved the sport and played it recreationally through college at UNC Chapel Hill. Coach Melissa lived abroad in Kenya for a couple years and unintentionally discovered her love for coaching soccer there! Coach Melissa is also a personal trainer; and in her free time, she enjoys reading, working out, playing team sports, and going on adventures with friends. 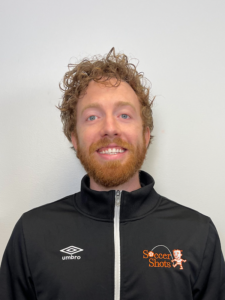 Coach Cody grew up in the Triangle and played Soccer with CASL and his high school. He studied Exercise and Sport Science at UNC Chapel Hill and has coached various youth sports including Soccer and Hockey. In his free time, he likes backpacking and playing guitar with friends. 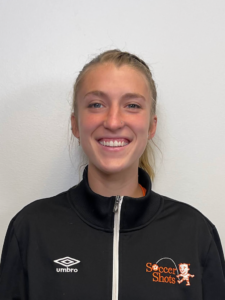 Coach Anna was born and raised in Waxhaw, NC. She loves to be outside and has been playing the sport since she was 6 years old, she played soccer for her first two years of college at Catawba College. Recently, she graduated from NCSU and majored in Anthropology. She played professionally in the first season ever of the National Indoor Soccer League this past Winter with the Fayetteville Fury! Coach Anna’s hobbies include camping, hiking, and reading. 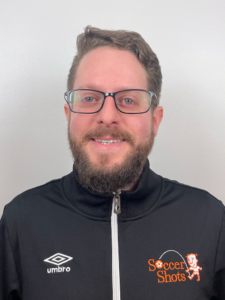 Coach Drew is originally from the Raleigh area where he grew up as a player and referee for CASL. He then attended Appalachian State University where he graduated in 2017 with a degree in Political Science. After playing both outdoor and indoor soccer as an adult, he transitioned into coaching administration. As a USSF certified coach he currently follows his passion for soccer at the youth development level. In his free time he enjoys backpacking, cooking, reading, and most of all, playing SOCCER!