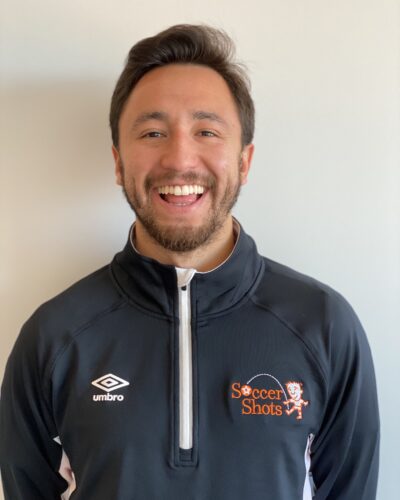 “Coach Dav” has always been passionate about soccer and sharing his love for the game with others. Dav was born and raised in Mexico, and attended Messiah College in Pennsylvania, where he was a four-year member of the NCAA Division III powerhouse men’s soccer team. He was a winger for the Falcons, and he helped them to the 2017 Division III National Championship.

Upon graduating, he joined the Soccer Shots Harrisburg & York franchise where he led all aspects of the Coaching Department as Director of Coaching for over two years. Coach Dav is now excited to bring Soccer Shots to children in the Fairfield County community! 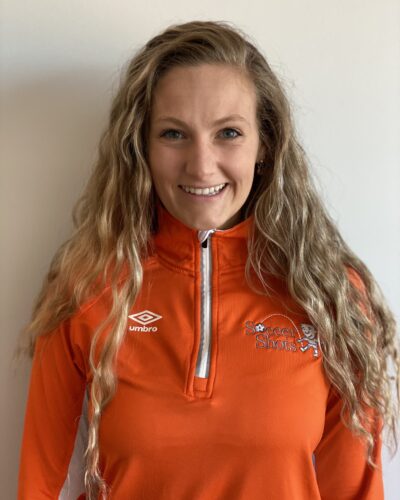 “Coach Kelley” has always had a passion for helping children grow and develop through different activities. Kelley is constantly energized and ready to have fun with her friends on Soccer Island! She attended Messiah College in Pennsylvania, and completed her B.F.A. in Musical Theatre with a minor in Disability & Family wellness.

She has been in multiple productions, and some of her favorites have included performing alongside children. What she enjoys most about working with children is their natural ability to bring creativity and imagination to every situation. She is excited to continue bringing joy to children in Southwest Connecticut. 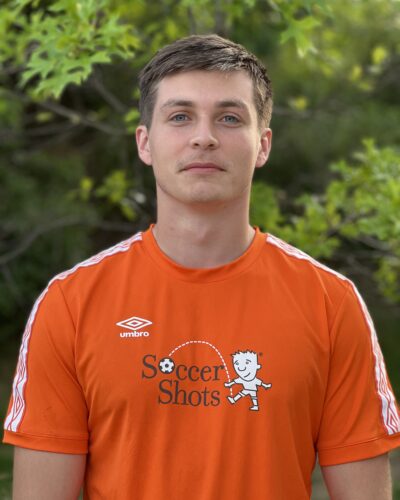 Coach Will was raised in Fairfield, Connecticut and moved to Wilton when he was 18. Coach Will played soccer for 10 years, before playing rugby at Siena College.  A fun fact about Coach Will is that he can juggle, and his favorite superhero is Captain America! When he was little, his favorite food was Mom’s Chicken Soup, and his first memory was learning how to do a cartwheel in his yard. He is excited to work with Soccer Shots because there is so much to learn. He loves to see his soccer friends every week, and he finds moments in teaching kids character development extremely rewarding!

Coach Fredy was born in Guatemala City, Guatemala, and currently resides in Norwalk, CT. He has been playing soccer since the age of 3 and has only played soccer growing up. During his spare time, Coach Fredy loves to play soccer on his own, watch Netflix, hang out with his family, and loves to do arts and crafts with his two younger brothers. Some of Coach Fredy’s fun facts are that he has a pet ferret named Jasper, he has played soccer in Guatemala and has played on the U-23 Guatemalan National team, and he speaks three languages. Fredy is excited to join the Soccer Shots team because he loves to teach children the best soccer skills and loves when the children have fun and are excited to play soccer. 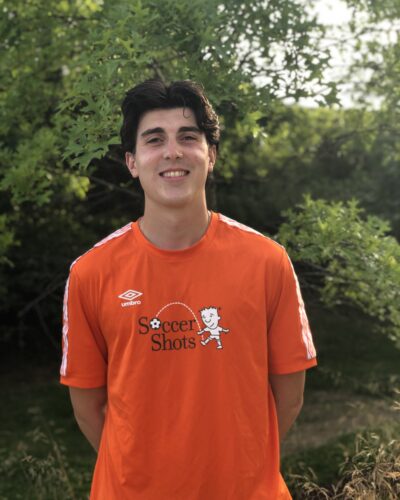 Coach Mark is the Soccer Shots Southwest Connecticut Summer intern. He is originally from Fairfield, CT, and is a rising senior at Grove City College in Western Pennsylvania. He has played soccer since middle school and competes on the Men’s Soccer team at his college. Coach Mark is also a part-time employee at Brooklawn Country Club. Although Coach Mark loves soccer, he also shares a passion for golf. Coach Mark is excited to join the Soccer Shots team to get perspective on what it takes to grow a new franchise, and help impact children on and off the field! 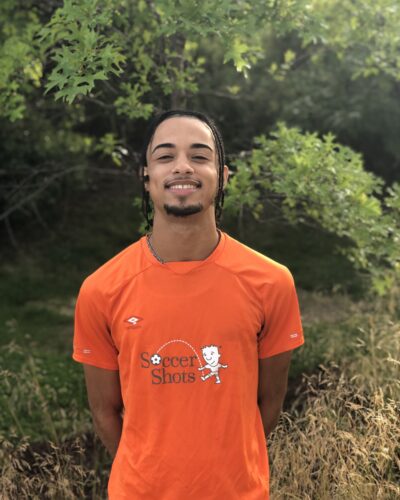 Coach Al cannot wait to meet all of his new friends! Alhan was born in Boston, MA and lived in Florida for a while before ending up in Norwalk. His favorite hobbies are playing football, basketball, soccer and going to the gym with his friends. When Coach Al was little, his favorite foods were Mac and Cheese and Cosmic Brownies, and he had a great admiration for Kobe Bryant and Cristiano Ronaldo that still continues to this day! Coach Al is excited to share his love of soccer and teach something new to every friend that he meets. 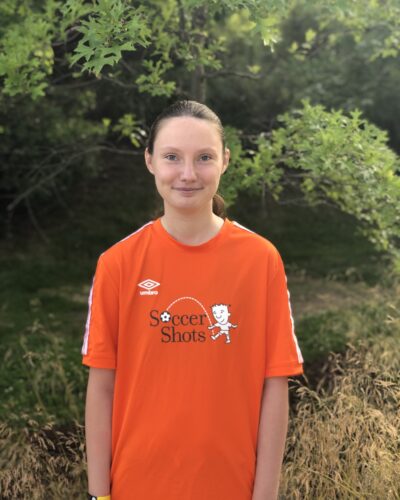 Coach Taylor is originally from Trumbull, CT. Growing up, she practiced a variety of sports including soccer, karate, and dance. She then went on to get a bachelor’s degree in business management with a minor degree in dance from Manhattanville College and a master’s degree in sports management from the University of New Haven. When she’s not coaching for Soccer Shots you can find her training with the Joffrey Ballet School, teaching kids dance throughout Fairfield County and for a week each summer she works as a camp counselor at a summer camp for kids with Epilepsy. She’s excited to work at Soccer Shots because she loves working with kids, teaching them new things, and watching their passion for something grow. 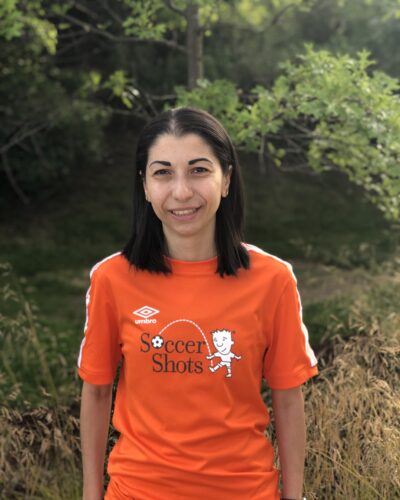 Coach Maria was born and raised in Norwalk, CT and has played soccer since the age of five! She received a Bachelor’s degree in Finance from the University of Connecticut and an MBA degree from the University of New Haven. Since graduating, she has been working in accounting. When not working, she does karate, enjoys traveling, and spending time with her family and friends! Her favorite food to eat is salmon because it is both tasty and healthy! Coach Maria is very excited to play soccer with all her friends on Soccer Island and to be a part of the Soccer Shots team! 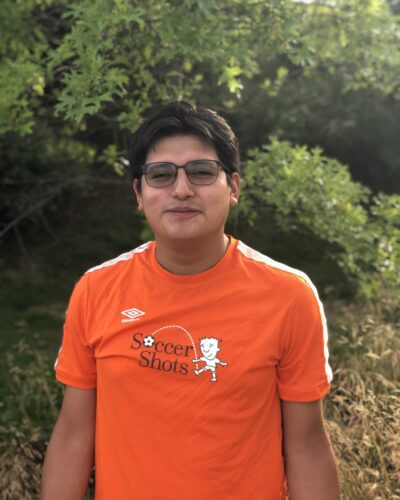 Coach Lou is from New Rochelle, NY and currently lives in Orange, CT! He has played many sports throughout his lifetime, including Soccer, Football, Wrestling, Boxing, and Baseball. Coach Lou loves to ride his bike and play games in his free time! When Coach Lou was the same age as his friends on Soccer Island, his favorite movie was Finding Nemo and his favorite snack was Jello! Coach Lou is so excited to be a part of the Soccer Shots team to teach the game of soccer to many, and ultimately help to positively impact lives!

Coach Libby is from Wilton, Connecticut and graduated from Wilton High School in 2021. In addition to four years of varsity soccer (captain in the 2021 Fall season), Coach Libby played varsity lacrosse and tennis! She has also volunteered with youth sports organizations her whole life. She now attends Wake Forest University as a Health and Exercise Science major on a Pre-Med track, and continues to play high level club soccer for Wake Forest. In her spare time, she also works at Gofer Ice Cream in Wilton, and is conducting Exercise Science research this summer with the Korey Stringer Institute. 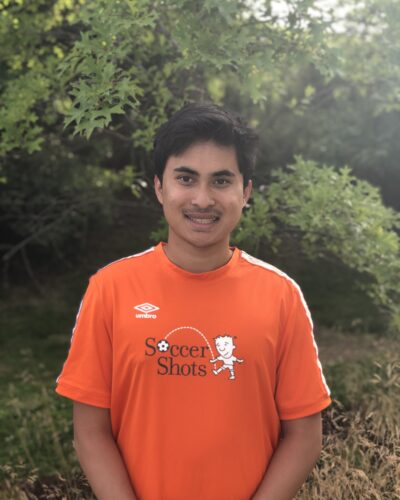 Coach Pongsa lives in Norwalk, Connecticut and grew up playing Soccer and Baseball. He is a big Star Wars fan, and a fun fact about Coach Pongsa, is that he can juggle a soccer ball a thousand times! In his spare time, he enjoys playing board games and video games with his friends. Coach Pongsa currently plays Soccer in England and is excited to share his enthusiasm of the game with the Soccer Shots family.

Coach Emma grew up in Stamford, Connecticut and has been living there for 19 years. She has played soccer since she was 4 years old and started playing competitively at age 9, on travel and premier teams. Coach Emma attended Stamford High School and played varsity soccer for them, all 4 years. Her hobbies include art, music, and spending quality time with family and friends. Coach Emma is excited to work at Soccer Shots because she hopes to make a positive and lasting impact on each child by helping them to build their confidence and enjoy her favorite sport. 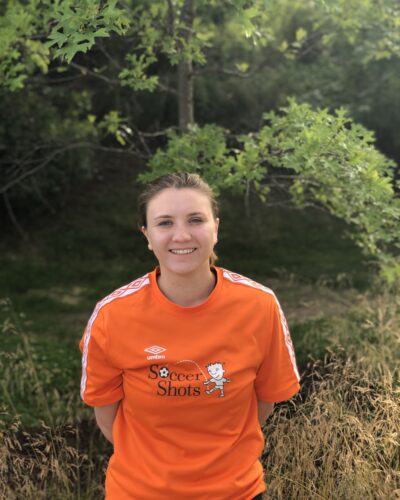 Coach Marina is originally from Stamford, CT, and is a current student at Eastern Connecticut State University in Willimantic, CT. She is working towards her B.S. in Psychology and hopes to receive a Masters Degree afterwards. Coach Marina has played soccer since the age of 3, and has been on a number of different teams traveling all along the east coast and even internationally to Europe for the Gothia Cup. Coach Marina has had multiple jobs working with kids throughout the last 5 years and is even more excited to be coaching them in her favorite sport!